Zidane: A lucky manager? Let’s revisit the El Classico at the Bernabeu. 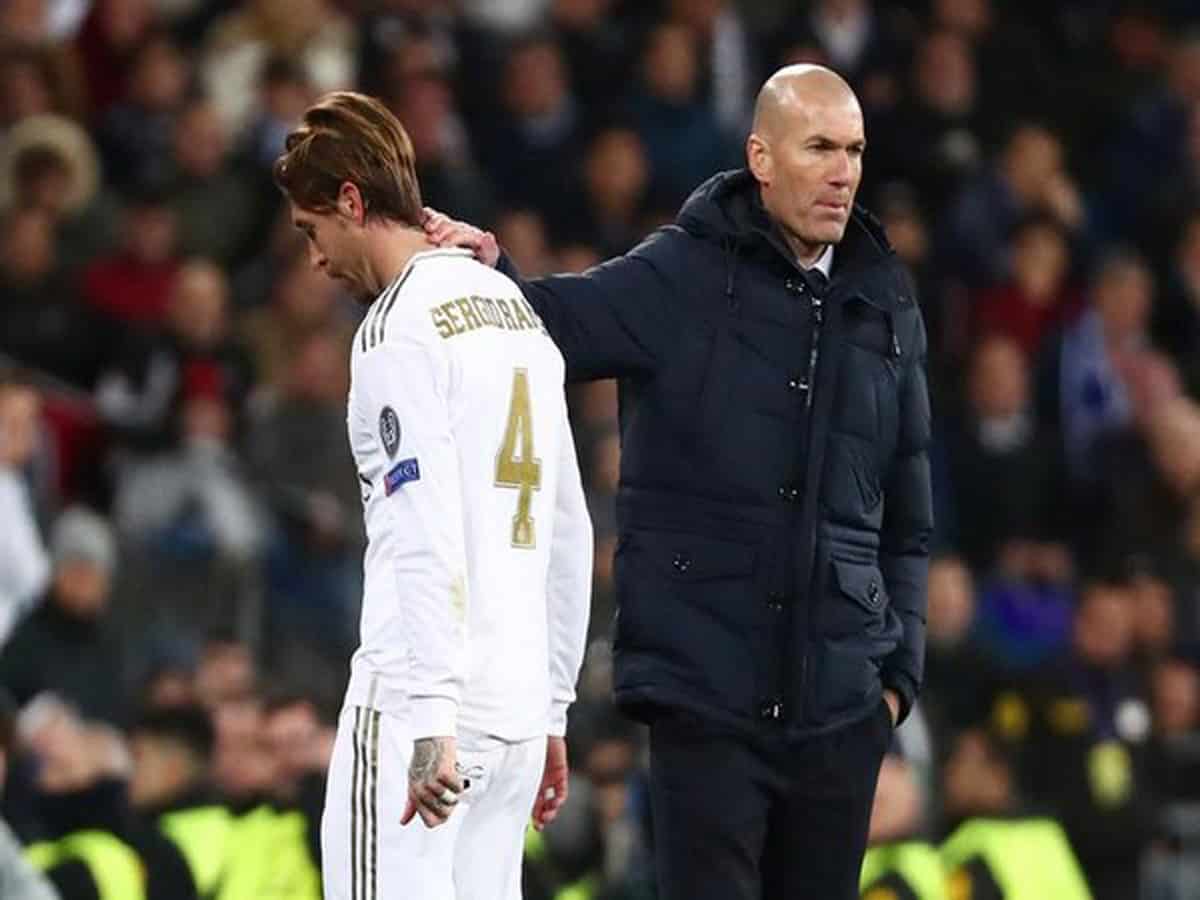 Zinedine Zidane pulled off one of the greatest achievements in modern day club football, winning 3 UEFA Champions League finals with Real Madrid between 2016-2018. Despite the success in one of the biggest club competitions, his critics always stated he was lucky to inherit majority of the squad members, who won the UCL under Ancelotti in 2014 and were at the peak of their careers, then again many say he had one of the greats in Cristiano Ronaldo in the team, a superstar who carried the team and was pivotal for the club’s success.

After Real Madrid exited from the UCL last season, bowing down to Ajax in a shock defeat, the critics cited it was Ronaldo’s absence which lead to the reason for not winning the competition in 2018/19. However, Ronaldo did not win the UCL with Juventus either and his club were also knocked out by the same Dutch team.

However, we will not talk about the Champions League as the main topic of the article but focus on the recent El Classico fixture played at the Santiago Bernabeu between arch rivals; Real Madrid & FC Barcelona. Real Madrid emerged victorious with their first La Liga Clássico victory since 2016 and their most recent at the Estadio Santiago Bernabéu since 2014. Barcelona returned to Catalonia a point behind their rivals with 12 games to play after a frustrating evening in the Spanish capital after the fixture.

Vinicius Jr became the youngest ever non EU player to score in an El Classico, taking over from Leo Messi & later Mariano Diaz doubled the lead after 52 seconds of coming on the field.

Real Madrid deployed a pressing tactic, but often struggle to maintain it as seen from their previous outings against Manchester City at the same venue. However they were able to pull it off against Barcelona for a favorable result. Real had a man to man approach, high up on field against Barca’s mid and defence. Benzema was pushing high up field, taking charge towards keep Ter Stegen, forcing him to pass the ball long. Real Madrid was looking to not let Barca escape their own half, trying to force a mistake so that they could capitalize and attack back, this helped real build the momentum.

This forced Barca to go wide leaving a wide space in the central mid, which made them predictable and easier for real to cut them out with Casmeiro and Valverde. De Jong & Arthur struggled to resist the press which saw them fade out in the 2nd half

Vinicius played a crucial role in Zidane’s system. The Brazilian completed 12 dribbles, taking on Barca defense. He forced Busquets and Vidal to turn the focus to him and help Semedo out, which left spaces for the attackers to take on the Barca CBs. This left an impact on Barca’s defence as Vidal often had to come in for Semedo’s support, who was also forced to play deep and not take charge up field, to counter on Marcelo due to his defensive vulnerabilities.

Vinicius played a crucial role in Zidane’s system. The Brazilian completed 12 dribbles, taking on Barca defense. He forced Busquets and Vidal to turn the focus to him and help Semedo out, which left spaces for the attackers to take on the Barca CBs. This left an impact on Barca’s defence as Vidal often had to come in for Semedo’s support, who was also forced to play deep and not take charge up field, to counter on Marcelo due to his defensive vulnerabilities.

Setien opted to field Vidal instead of a more attacking Braithwaite, which resulted in a slow and dull form of attack, failing to aid build up play as well as slowed down the transition from defence to attack. Vidal was forced to play down deeper and assist Semedo, leaving likes of Messi and Griezmann with more to do, and as a result, Messi had to fall back and play in the play maker role.

Grizemann was Barcelona’s most forward player, playing shoulder to shoulder with the last man in Real’s defence, looking to make runs when required. However, his runs were slow and horizontal rather than incisive, due to which the Barca mid was left with few options and had to play the ball sideways.

Braithwaite’s introduction added some life to Barca’s attach, as the Dane was looking to make vertical runs between the full backs and center backs, mainly targeting Marcelo. This allowed Semedo to create passing opportunities to him and the midfielders, although it was little too late.

Messi’s threat was nullified by RM. The Argentine was ineffective off the ball as well as on it, he struggled to get others get involved in the game. He dropped deep, which meant he was covering the full back, becoming disconnect from Barca’s attack and distancing from Griezmann. Messi’s actions in the final third were unsuccessful, such struggle with movement off the ball was always going to work in Real’s favor.

Even when Messi moved into advance positions, Casemiro was always right with him toe to toe, only 3 out of 10 touches in the box were successful. Due to which Messi was forced to move wider from a more central role, caused him to disappear slowly out of the game, and struggled to break himself free from Zidane’s tactical shackles.

After a narrow first half, where Barcelona had boasted a few chances compared to Real Madrid, Zidane’s side upped their game, which forced Seitein’s men to put off their foot from the pedal. The high effective press prevented any sort of dominance for Barcelona to take the game. Vinicius offensive threats continued to build momentum with his direct style and posed a constant danger to Barca’s defensive structure.

Conclusion: Real Madrid capitalized on Barcelona’s problems in the mid and attack and used their strengths to keep the opposition quiet in the 2nd half. This would not have been possible if Zidane had not sought the tactics, it was a gamble which paid off and Real Madrid boasts bragging rights for winning the tie this season and avoided a loss at home as well as away.