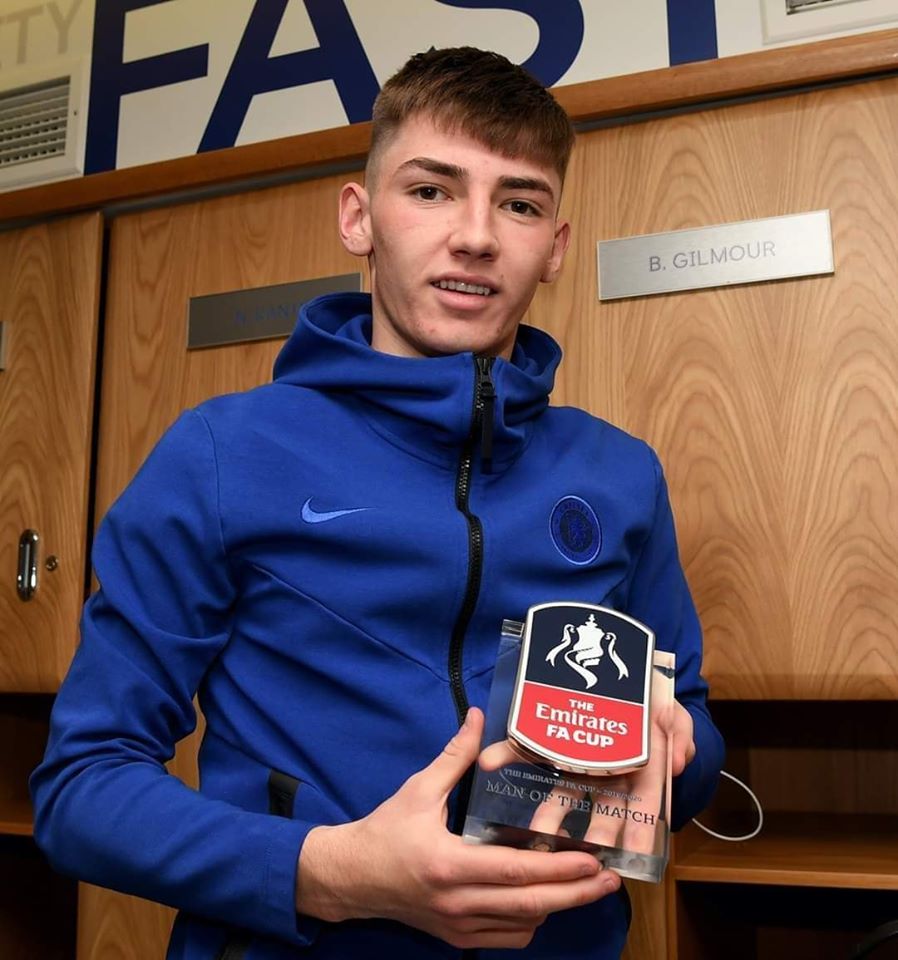 There’s a new Scottish kid in West London, Billy Gilmour! The 18 year old has been nothing short of impressive in his last 2 outings against the Merseyside clubs, Liverpool & Everton in the FA Cup & Premier League respectively.

Gilmour looked comfortable when playing deep in the mid or even in a more advanced attacking role. The teenager looked like a seasonal player in Lampard’s 4-3-3 formation and added more dynamic approach to the midfield when he started ahead of Jorginho in the FA Cup against Liverpool; beating past Liverpool’s pressing with his one touch passing, breaking their attacks with interceptions and managing to boss the midfield, adding to his day, would be a moment to remember after pulled off a nutmeg past Fabinho, leaving the Brazilian perplexed.

It is no mystery that Lampard likes to believe in youth, and after Gilmour’s dominant display against Liverpool, he was given another start against Everton for a league debut, resulting in a midfield masterclass from the youngster. Starting as a deep lying midfielder, with Barkley & Mount around him, Gilmour got the ball rolling for Chelsea in place of Jorginho, and was always looking to make a pass which would lead to an attack, which was seen in the build up to Pedro’s goal.

Gilmour played 90 minutes, managing total of 91 touches with 74 out of 80 successful passes, more than any other player in the 4-0 rout by Chelsea against Everton at Stamford Bridge. Apart from the attacking instincts, Gilmour also managed to win possession 5 times in the game and covered about 12km on the pitch in the entire game. His coach was also appreciative of young Billy, and proud that the decision made on starting him, repaid faith, Lampard quoted he noticed Billy got the balls in the difficult areas but found space to play pass forward and made runs in to the box as well. Especially after the introduction of James, Gilmour advanced higher up in the field and played a more attacking role.

His brilliant start to life with the senior team, does add selection headache for Lampard but for now there is a high chance we may see Gilmour start against Aston Villa & Bayern Munich, as Jorginho is suspended, this would also add a sense of competition in the squad. However, we may also have to agree with Roy Keane, who was highly impressed with Gilmour against Everton, that Chelsea must ensure the young players are not exposed to too much pressure, weight of expectations can often hamper in development of the player.

Billy Gilmour rose to prominence at Rangers youth academy, joined Chelsea aged 15 after turning down a professional contract with the Glasgow club. Former Rangers manager, Pedro Caixinha described Gilmour as a player with a “bright future”. Previously, Gilmour was part of the pre-season friendly against Irish club, Bohemians in Dublin, as well as an un-used sub in the UEFA Super Cup against Liverpool. He had a taste of the Premier League in August 2019, replacing Tammy Abraham in the 84th minute against Sheffield United. He played his first full 90 minutes in the senior team in the Carabao Cup, in a 7-1 win over Grimsby town. As of February 2020, Gilmour was made a permanent player in Chelsea’s squad. Interestingly, Gilmour’s idol is Cesc Fabregas, who also played for Chelsea from 2014-2019; Gilmour looks up to the Spanish midfielder as source of inspiration, watches videos to learn the trade of midfield.

previousZidane: A lucky manager? Let’s revisit the El Classico at the Bernabeu.
nextNot so super now: Deportivo La Coruna- lost in the shadows