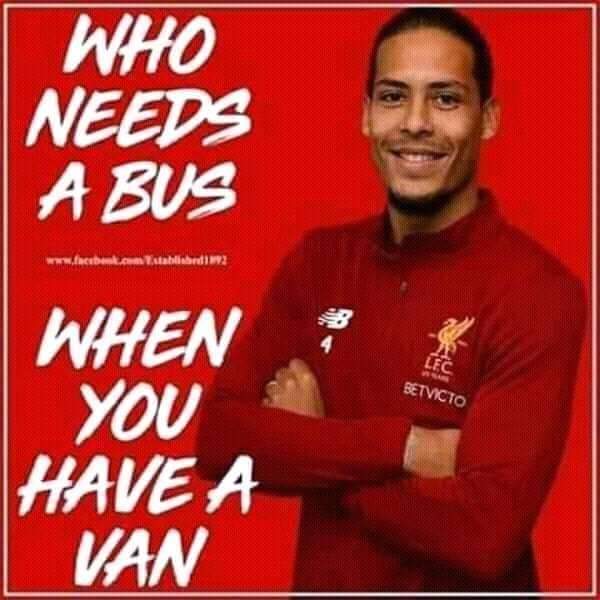 Van Dijk & Sterling were the front-runners for the position of being named the player of the year in the Premier league this season but it was the Liverpool defender who came out on top, securing the most votes from fellow professionals. He succeeds fellow Egyptian team mate, Mohammad Salah, who was previously named the player of the year, after a record breaking goal fest season in 2017/18.

The 27 year old has guided the reds to a place in the semi-finals of the Champions League and recorded one of the best defensive records at Anfield this season. Liverpool paid a hefty price of £75million, to secure the Dutchmen’s services, from Southampton. There was no doubt, Van Dijk played an integral part in stabilizing Liverpool’s defence in the 2018/19 campaign, working alongside rotating Matip or Gomez. The numbers speak for themselves, as Liverpool with 3 games remaining, have only lost one game so far, to title rivals, Manchester City, and have conceded only 20 goals in the league, the least amongst any team this season.

Earlier this season, former Liverpool defender, Sami Hyppia called Van Dijk, “the most important player” in the squad. The price paid to bring the defender was questioned by many, but Van Dijk has the ability to bring out the best of the others playing alongside him. He has the leadership qualities embedded in him, a towering figure, it’s hard not to spot him on the field, whether you’re watching at the ground or the tele. He has captained Liverpool and the Dutch National team, he raises the confidence of others & performances speak for themselves.

However, there is still much work to be done for VVD, as his team has a crunch semi-final clash against competition heavyweights, FC Barcelona. Everyone would want to see how the tall 6’4 defender will stop the 5’7 Argentine magician, Lionel Messi over 2 legs. on 1st and 7th of May. Van Dijk clearly said in an interview, that he doesn’t know how to stop Lionel Messi, it would require a collective effort, they will be playing as a team and not rely on any individuals, and also praised the Argentine attacker as “the best player in the world.”

Surely, Van Dijk does not want to stop it there by only winning an individual award, he will be looking to guide the Reds for the long-awaited Premier league Title, with 3 games remaining, and 2 points behind Manchester City, the title race may go down to the final whistle of the season, and a 6th Champions League trophy, where a mouth-watering clash with FC Barcelona awaits, in the coming week.

Continuous performances similar to this season (2018/19), no doubt will make the towering defender from Breda (Holland), into one of the best Dutch players to play in England. Big shoes to fill, when you have likes of Dennis Bergkamp, Edwin Van Der Saar, Ruud Van Nistelrooy, Robin Van Persie, Marc Overmars, Jaap Stam & Liverpool’s own cult hero, Dirk Kuyt in the list.

previousThe Manchester Derby: A title decider?
nextJDT dreams of progressing killed in the ‘Group of Death’