The Manchester Derby: A title decider? 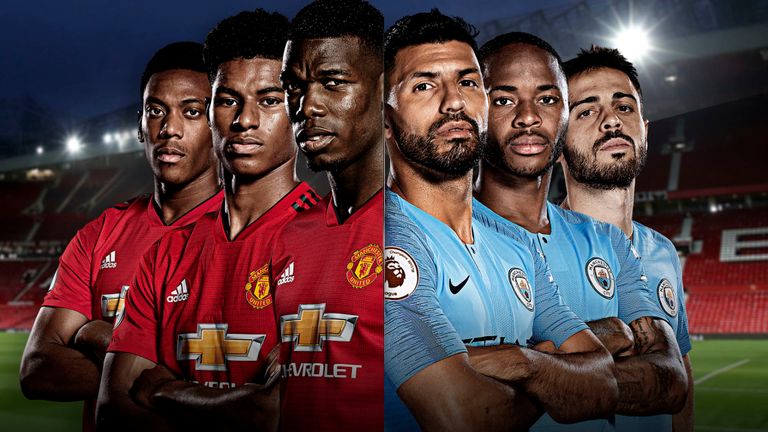 The English Premier League 2018/19 is heading off to the final closing stages of the season, all eyes will be on the upcoming Manchester Derby, which can decide outcomes not only for the red or blue side of Manchester, but also for the other teams in the Top 6.

After a humiliating loss to Everton over the weekend at Goodison Park, United coach, Ole Gunnar Solksjaer was critical of a few players and said the derby would be a good chance for them to show they cared for the club, the badge and the fans. The Red Devils need a win against their City rivals to boost any hopes of finishing in the top 4 for a Champions League spot. The defeat on Sunday was the clubs 6th in last 8 games in all competitions.

Solksjaer and staff gave the players a furious talk in the dressing room at Goodison and has demanded a change of attitude against Manchester City. Four weeks after the Norwegian was announced as permanent Manager for United, he believes he is the right man to guide the club to their past glory but demands level of work-ethic, commitment and respect from his players.

The appointment bought hope and optimism for the fans but team performance has been worrying in the past 8 games, as well as players form was seen as a noticeable dip. On the other hand, Manchester City, competing for the title, have won ten consecutive premier league matches on trot. A win for United will put dent on City’s title aspirations and edge United closer to a UCL spot, after Spurs, Chelsea and Arsenal all lost their games on Match day 35.

Ironically, a United win will most likely hand a title advantage to long time historic rivals, Liverpool, chasing United’s own record of 20 league titles, battling it out against Manchester City in the race for premier league bragging rights this season.

A draw between the clubs, puts City a point behind Liverpool, whereas a loss would leave them 2 points behind. Pep Guardiola would be hoping to aim for a domestic treble, after already winning the league cup, reached the finals of the FA cup, next month. A welcome victory for the blues would just leave them with 3 matches for a back to back title win, something which the club has not done. City have remaining matches against Burnley, Leicester & Brighton, but the derby on Wednesday at Old Trafford could prove to be the toughest out of the remaining few games.

Manchester City was also saddened to hear that their Belgian Playmaker, Kevin De Bryne was out of the derby due to injury sustained during the weekend victory over Tottenham Hotspurs. Meanwhile, United will be focused to bounce back from the humiliating loss against Everton, a win would be welcome to aid their chances of reaching for the final Champions league spot.

Either way, whatever the result might be, for sure it will benefit City or Liverpool at the end of the game on Wednesday evening.