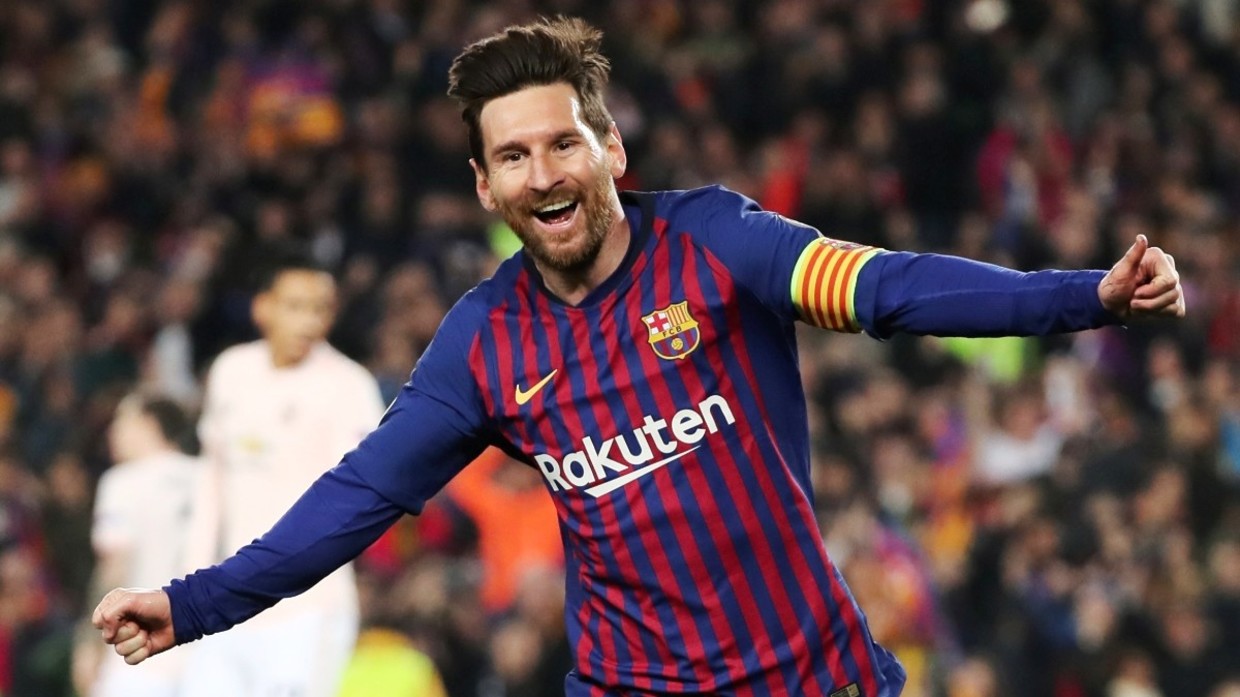 The past 2 days saw excitement, drama, heartbreaks and controversies! Who would have thoughts the usual ‘heavyweights’, expected to go to the semis would bow out of the tournament, sparring a few surprises for unlikely contenders battling it out in the remaining 4 spots, for a ticket to the final in Madrid.

A man on a misson, Lionel Messi, helped Barcelona cruise past a Manchester United side who seemed to have no answer to Barca’s dominance at the Camp Nou. The away team did manage to show attacking intent in the opening 10 minutes, ensuring their objective was clear from the kick-off. Rashford looked promising in the opening 5 minutes, only to see his good run, result in a shot over Ter Stegen’s goal.

However, Messi seemed to have other ideas and helped Barcelona score twice in the 16th and 20th minute to drown the visitors 2-0 before the half, with a 3-0 lead on aggregate, including an away goal. The first goal was a Messi masterclass, as he skipped past 2-3 defenders to place a shot to De Gea’s right. In contrast, the second goal was a moment to forget for the Spanish goal keeper, as De Gea let go a stoppable shot from his gloves to the goal, while diving down.

There was no way back for United, later in the 2nd half, as Brazilian Phillipe Coutinho, added a 3rd goal to the score line and confirmed Barcelona’s march for a place in the Semi finals

Erik Hag’s Ajax, produced an upset of the quarter finals, resulting in a surprise 2-1 away win on the night, booking a place in the semis for the first time since 1996/97 season. The former 4 time European champions ensured that Juventus’s long wait for a European trophy of over 23 years continued as the visitors shocked the home team and their fans, on what was expected a win for the Italian champions on the night.

The signing of Portuguese superstar, Cristiano Ronaldo, was to mark a beginning a new era for Juventus as they looked to complete their season with a long awaited European trophy. Juventus looked to be on track when CR7 opened to scoring with a trademark header in the 28th minute, as the Italians cemented their control over the game in the first half. However, 6 minutes later, a Hachim Ziyech’s drive found teammate Donny Van de Beek to kill the ball dead, levelling the game and give Ajax an important away goal to level things out on aggregate.

Ajax began the 2nd half in a more promising manner, forcing Juventus Keeper, Szczesny to make saves from both Ziyech and Van de Beek. It was one of Europe’s hot properties, young defender, De Ligt, heading in at 67th minute to ensure Ajax take the lead for the first time in the two legs. There was no luck for Juventus as Ajax turned out to be winners for the night. A night of surprises for Ronaldo, who had a habit on winning the UCL on 3 previous consecutive outings with former team, Real Madrid.

Taking a 2-0 lead to Portugal, Liverpool were expected to have one foot in the semis and set up a meeting with Barcelona. Goals from Mane, Salah, Firmino & Van Dijk assured a comfortable night for the reds, displaying yet another dominating performance, enough to make coach, Jurgen Klopp a proud manager.

Despite an attacking start by the hosts, Mane scored with confirmation of VAR to give Liverpool an away goal to put FC Porto on the back foot. A counter attack saw Salah score the second, before Eder Militao scored one for the home team but it wasn’t enough to stage any sort of miracle comeback, as two more headed goals by Firmino & Van Dijk killed off the tie.

Porto displayed intensity to attack early on, however, lacked the firepower to breach Liverpool’s defence. Dutch defender, Virgil van Dijk, was adjudged man of the match for a solid performance also scoring the 4th goal for his team.

Reds boss, Jurgen Klopp acknowledged the fact that Liverpool have learned from playing difficult ties away from home and were ready to face Barcelona for their upcoming semi-final clash. Meanwhile, Porto Manager, Sergio Conceicao was also full of praise of the visitors quality, as well as praised his team for trying to compete and not giving up, despite the attacking onslaught from the visitors.

They say always save the best for last, and honestly I could not really do any justice with words. It would be really difficult to know where to start this one from. Like seriously! The match had it all: Goals, drama, excitement and controversy!… Despite the lead in London, Tottenham were expected to face a Man City side, who were expected to swing the tie in their favor in Manchester and qualify for the semis.

In the opening 25 minutes of the game, we saw the Citizens taking the lead and then trail by agoal, witnessing two goals in quick succession by Korean, Son Min Hyeung, who scored in the 7th and 10 minute, taking the aggregate lead to 3-1, with 2 precious away goals, meaning a change in calculation, as Mancity now required to score 4 in total to stand a chance in qualifying for the next round. Just when you thought Spurs had it in the bag, Bernardo Silva managed to score in the 11th minute from a De Bruyne assist. The Belgian playmaker, was excellent throughout the game for City, set up Raheem Sterling to score in the 21st minute, changing the scoreline to 3-2 at halftime.

Manchester City started the 2nd half just the way Pep Guardiola could have hoped for, with yet another pass from KDB, which was converted from a powerful angled shot near Lloris’s left side post, changing the score to 4-2, with an aggregate lead of 4-3, which set the Manchester clubs chances of winning the tie and qualifying.

If you think you had seen it all, the 73rd minute provided more drama as the VAR had to be called in after Spanish striker, Fernando Llorente headed in a corner which seemed to raise suspicion of hand ball. Turkish referee, Cunyet Cakir, took ages to make a decision after the review but the goal stood, putting the tie in favor of the North London club, who were now equal on aggregate (4-4) with 3 away goals. Despite the decision, City players argued that the ball had come off Llorente’s elbow which assisted in guiding the ball towards the net, beating Brazilian keeper, Ederson, to concede the crucial goal which would eminently change the course of the final result.

But wait, that wasn’t the last of the VAR! City were in an all out attack mode, looking to carve out a goal which could give them the lead and go through. Hoping for a similar miracle comeback, like they did 7 years ago, against QPR to win the Premier league in 2012, Raheem Sterling managed to score in the 94th Minute, only to be denied by a VAR decision, which showed Aguero was offside during the course of play.

In the end, it was Tottenham’s evening, as they went through, ruining dreams of City fans, who were dreaming of a achieving a quadruple this season, with the Carabao Cup already in the bag. But it seems, the FA cup & Premier league title are the only options up for grabs, with pressure from title rivals, Liverpool and yet another tie on the weekend, against Tottenham Hotspurs at The Etihad Stadium in Manchester. Will we witness more drama from the two clubs again? We hope so!

Trust me! The article does not do justice, no vocabulary would be enough to describe the tie unless one did not see it for themselves.