The role of Bobby; is he fit to be Liverpool’s #9? 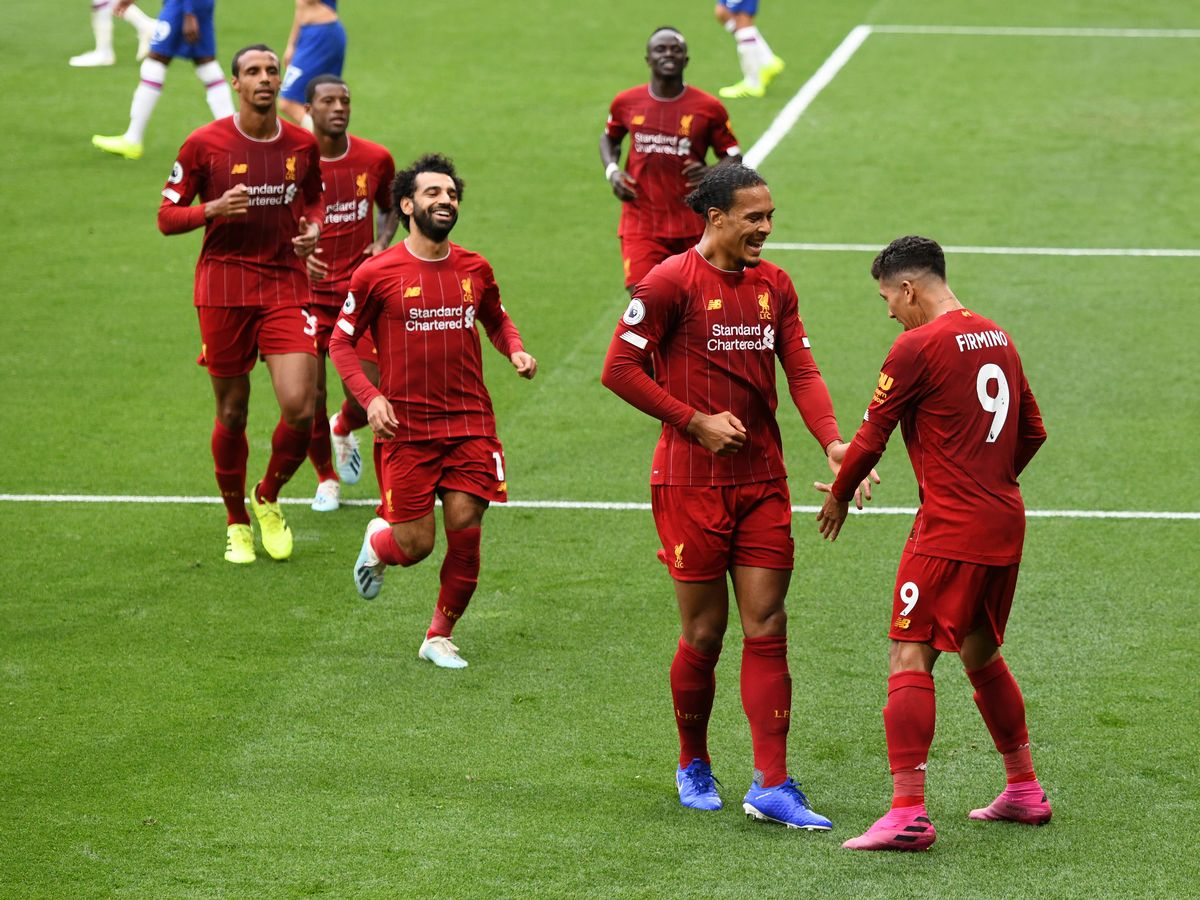 Roberto Firmino has been a very important & an instrumental one since Klopp’s arrival in helping Liverpool establish an exciting style of football under the German manager. Social media allows fans to stay well informed yet they continue to ask questions and doubt players.

Despite the availability of information, fans may be subjected to base their opinions on a player due to the club they support or their interpretation of those stats & numbers available. These stats can be used from promoting their own players to downgrading one from the rival teams, regardless of what the former players or pundits have to say, such is the case of Liverpool’s Roberto ‘Bobby’ Firmino, who is on the receiving end of the unjustified criticism from rival fans. Thanks to many available sources from Statman Dave, Tifo Football, The Athletic & Liverpool.com, we decided to see and attempt in writing what exactly is the role of Bobby Firmino in Jurgen Klopp’s side.

Liverpool fans will agree that it is frustrating to see Firmino lack of scoring ability, especially at home in front of the KOP but we have to understand the role of the Brazilian to judge whether he is performing as per the manager’s expectations & how his stats can be interpreted.

The famous Liverpool’s attacking trio of Mane, Salah & Firmino boasts all sorts of abilities and attributes, a dream for any manager at the helm. Firmino was the first among the 3 to join the club in 2015/16 season, since then has formed a very good understanding with the slightly more attack minded & goal hungry pair (Mane & Salah).

He even joined before Klopp, the decision was made by the club’s transfer committee, while Brendan Rodgers was still in charge. The ₤29m fee was questionable when the Brazilian signed from German club, Hoffenheim who had finished 8th in the Bundesliga in the 2014/15 season but compatriot and legend, Ronaldinho alerted fans that the KOP may have grabbed on to an exciting talent.

However, series of poor results under Rodgers saw his sacking & Klopp arrived in October that year, since then Firmino fitted very well under the 4-3-3 system. Most fans may expect goals from Firmino, simply because of the number 9 behind his shirt, as he wore the no.11 previously, however, he should be considered as a ‘false 9’, a term used for players who appear as strikers on the team sheet but have a more strong influence on the creative and playmaking side rather than goal scoring.

His role? Simple; dropping deep to collect the ball from the mid and creating chances to support the likes of Mane & Salah who prefer to cut inside to score the bulk of Liverpool’s goals. Salah & Mane would also be seen dropping in deep vertically closer to the midfield line along with Firmino, which allows the Brazilian to act as a pivot to release the other 2 attackers who are relatively quicker, also due to his ability of collecting the ball and turning quickly, losing a marker to pass the ball to the attackers, this allows Liverpool the ability to transition quickly from defence to attack.

Firmino is also an integral part in Liverpool’s pressing: The Brazilian is often ahead of the other 2 in leading the charge, with Salah & Mane dropping off and creating a little triangle to cut off the receivers of the pass.  Firmino will also go wide if required, allowing one of the attackers, mainly Mane to drop deeper in the mid giving a temporary 4-4-2 look with Salah alongside.

We can easily say Firmino is an all-round player: he can score, create, drop off the attack in the mid to make the assist or win the ball across the pitch by intercepting the opponents pass or even tackle if required, though that may not be his best attribute. Despite that, his defensive contribution and output is higher than many strikers present in the league.

Klopp transformed his side in to group of players who work hard & press regularly, this is where Firmino fits his game plan, the ‘9’ is an illusion, you may argue he is not there to score the goals, he is there to disrupt the opponent’s attacking line, leaving most of the responsibility on the shoulders of Salah & Mane to score, he doesn’t mind feeding them.

This would not be possible without not only Firmino’s tireless efforts and hard work but his tactical intelligence in helping Klopp to implement that system.  As easy it may sound, a player may only be suited to the false 9 position if they possess attributes such as dribbling, a good first touch, spatial awareness & passing ability. In the defensive third, they may drop deep to link the counter & overload areas in the middle to retain possession.

Tracking a false 9 is a headache for the opposition. It means dropping a man from either the mid or the center back to follow him, leaving open space and build up on the numerical advantage for the attacking team, they create a ‘tactical trap’.

To pull off the false 9 position, it is very important for the player to be unselfish, which is where Firmino fits in the plot. Now there are many who have done so in the past and are doing it in present. Take an example of Karim Benzema at Real Madrid, who’s unselfish play was the reason for Ronaldo to score 43 goals in his last 38 appearances for Los Blancos in the Champions League before moving to Juventus.

Benzema displays the same qualities like Firmino: fluidity of the movement, with the ability to find the main goal scoring players. Benzema alone assisted 25 goals for Ronaldo, more than any other player in the team.

However, Benzema is more of a false 9 who uses the vacated space to create chances for others, or Lionel Messi under Guardiola, who dropped and linked with the mid due of Xavi & Iniesta, to keep possession & build up play.

On the contrary, Firmino plays a bigger role in Liverpool’s counter attacking development. Happy to be the playmaker and feeder for Mane & Salah, it is important for the opponents to nullify Firmino’s runs and block his movements, to cut off the supply. Firmino is what Mourinho called a workhorse for the team, where Salah & Mane may not track back all the way, it is up to ‘Si Senor’ to compact the mid.

The main issue may yet persist that unlike Benzema & Messi, Firmino is not a regular on the score sheet, despite hitting 47 shots on goal, he has managed no goals at home, certainly an area where the Brazilian and the fans would love to see him improve, but then again he does have 8 away goals, with a few important ones in the Club World Cup in Doha, Qatar, helping his side win the Semi & the Final.

May be luck is not in his favor to score at home this season? Young teenage sensation, Mason Greenwood has managed to score the same amount of goals in fewer matches as Firmino in the 2019/20 season, who usually starts from the bench. Again, the purpose of this write up will go to waste if we discard the other qualities Firmino brings to the team & there is a reason Klopp is yet to purchase a regular goal scorer or traditional #9, because he understands the influence of the Brazilian on the attack, the team has won 17 home games since March 2019 as of late.

If we try to quantify what Firmino does on the pitch, would not depict the true picture, to understand his role and style, one must watch him closely with tactical understanding. The rival fans will gauge and attack, but Klopp doesn’t mind Firmino bending the tradition, he knows what Bobby adds to the team, what the numbers say are not always true, they don’t and can’t always apply and tell us about the player’s movement & link up play. May be we can even go as far as to say that Liverpool has not Coutinho too much because Bobby is taking care of the creative side as well, even if Liverpool did purchase a striker, Firmino can still make the starting line up as a central attacking midfielder.

Firmino has been praised by Wenger, Henry & Gary Neville on the media for his importance to the team, but Klopp’s opinion matters the most to Firmino, as he is the one who decides whether he plays or not, & on most occasions he does, because he is like the cog which makes the engine work. Klopp is aware of the Brazilian’s abilities, the numbers don’t matter to him as long as Firimino plays the ‘connector’ role, he is not the only one who can play in the position, but he is one of the best to be able to pull off the role consistently and tirelessly.