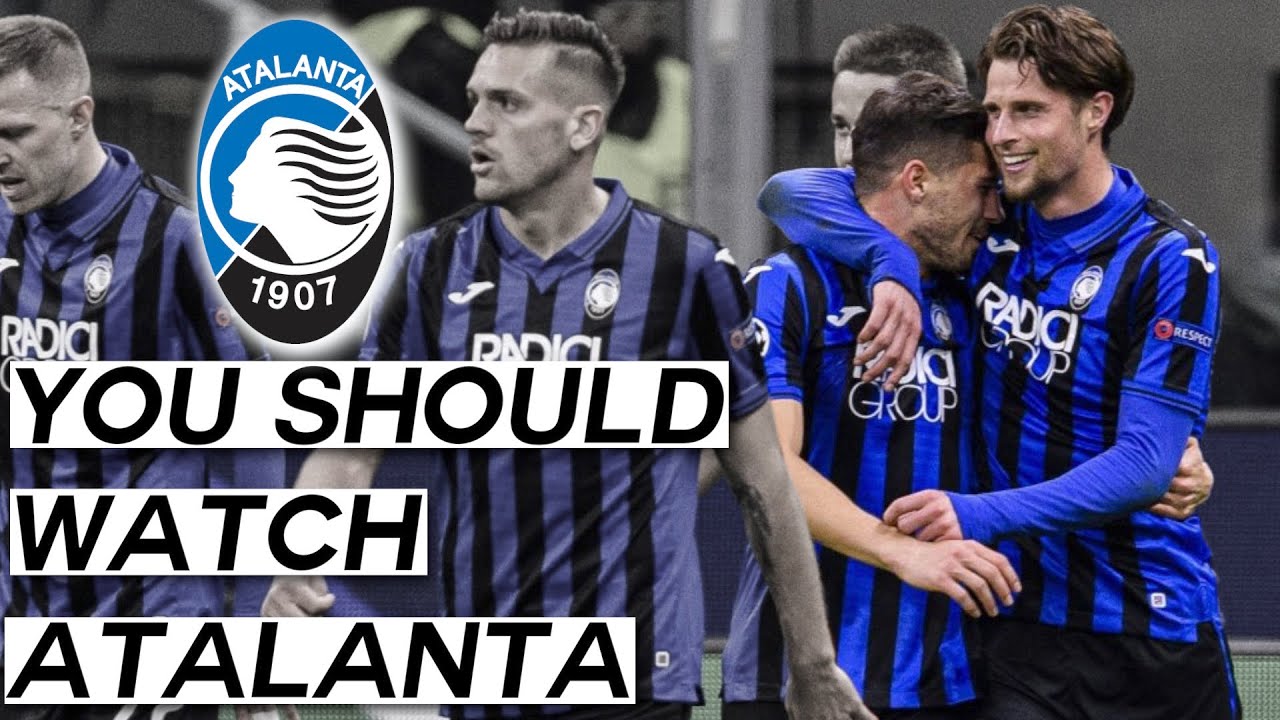 Recently everyone is talking about Atalanta from Serie A, why? Because they score tonnes of goals! Ask Udinese, Torino & Leece, as they put 7 past them! Now they have also been drawn against PSG in the Champions League for the quarter finals, many believe La Dia (Atalanta) may be a wall in the road for the Parisians.

This piece would not have been written without the support of pages such as The Mastermind, Football Italia, Football Critic. The Bergamo club has a unique style to them, everyone loves to attack and get on the score sheet. You’ll even see Toloi getting on the scoresheet like he did in the last 15 mins to win the game for Atalanta against Sampdoria this season.

They are currently sitting at 2nd, 6 behind Juventus who have a game in hand & 2 ahead of Lazio, who also have a game in hand. But before the lockdown, everyone expected it was going to be a finish to the wire between Lazio & Juventus only. They have scored 93 goals and conceded 43, that makes it a goal difference of 50, wow talk about the attack, but it does show there is weakness in that back line. Whether they can pull off a miracle Scudetto win, remains to be seen & Juventus with all the experience and stars, may still win it comfortably at the end but this is football, anything can happen.

Gian Piero Gasperini’s side are unbeaten in their last 12 league games, from which they have won 9, drawn 3, which means the club has not lost a game since January against SPAL. They have scored 37 goals since then, some consider La Dea to be one of the most entertaining teams to watch in Europe right now. Atalanta has achieved so much with limited resources, thanks to their unique tactical approach, changing the way people perceive how Italian football is played.

Gasperini’s style is not just a revolution for football in Italy but also the world, where his side press along with attacking. The center & wing backs storm into the opposition box, allowing the midfield to drop back deep, this tactical cohesiveness defines Atalanta. They display top form of fitness levels & have maintained their form after the lockdown as well.

Atalanta takes a leaf off Guardiola’s play book, emphasizes on position overloads. The over-lapping center backs & versatile players in flexible formation are the combination to the tactical success. For this system to work the players have to attack wisely and effectively, make sure all chances count from the set pieces as well because they can be caught on the counter.

Atalanta may sound to be very pragmatic with their approach but we saw in their debut opening 3 fixtures of the Champions League, on how they learned to adapt and improve to win in different styles for their last 3 fixtures to qualify for the next round. The system has worked for Atalanta and reaped rewards, which is a result of the effort put in for the last 2 years. They can keep it very dramatic rather than keeping things simple, as we saw in UCL but they are keeping it consistent, instead of just one off and will also look to finish in the top 4 at least by end of this season.

Very few would have believed in Gasperini to turn the Black & Blue Bergamo club to become one of Europe’s most attractive sides a few years ago. This would not have been possible without the right recruitment, not only limited to the players but the coaching staff as well, who have put all their hard efforts on the training pitch to deploy the tactics.

Set to face PSG in Quarter finals after a thumping 8-2 aggregate win over Valencia. Since taking over the helm in 2016, Gasperini has not only improved the players he has worked with but also his own win record, which was only 36% at Genoa, leaping on to 51% currently at Atalanta.

Use the 3-4-1-2 formation, with the attack trio of Gomez, Zapata & Illicic wreaking havoc for the opposition defense. The 3 have formed a very fruitful and eye catching attacking play, using their positional interchange, link up play & understanding between each other. From the bench they have the likes of Muriel & Palasic coming on who also contribute to the goals and assist tally.

Gomez’s positioning in the team makes him a ‘10’ which is why we cannot term it as a 3-5-2 formation. The Argentine is separated from the midfield, taking up spaces on the left, allowing it to change to a 3-4-3, where Zapata moves more central & Illicic moves on the right. The regular interchanging of positions and role may not be easy for opposition defenders to follow which is why it creates problems.

Their central midfielders may also make runs inside the box along with the center backs. The midfielders also like to drift wide to collect the balls and create a numerical advantage in the attacking numbers. While defending Atalanta present a high-pressing system. However the man-to-man pressing system does have its drawbacks, as it leaves gaps in defence because they tend to follow the players rather than cover the spaces.

But if done correctly, Atalanta players glued to the opposition attackers result in loss of possession and retain the ball quickly, to transform from defence to attack, winning the ball higher up the field. The press can be broken with balls over the top or when coming up against highly skillful players. The midfield can also be clogged by the overrun of the opposition midfielders, they could also expect shots from outside the box.

To balance out the mid, Atalanta might need to use a 3rd man to defend the weakness and close the open spaces, but that would mean sacrificing a man from the attack 3, as Gomez tends to remain detached from the mid and occupy attacking positions. Atalanta do not have attractive budgets like their Milan based neighbors. Every player looks to go forward and keep the attacking fluidity.

Against Valencia, Gomez, Illicic, Pasalaic, De Roon & Freuler were never far behind from each other & the 5 formed a central shape to allow Atalanta to force overloads on the sides of the pitch, over-running Valencia again & again. This forced Valencia to rethink their formation to prevent the overload, forcing the fullbacks to play more narrow.

The 2 Atalanta wingbacks Hateboer & Goosens are constant threats from the flanks. Atalanta do not have a fixed striker, as Gasperini encourages players to move high & low in the same area of the pitch, they create a constant chaos. Meanwhile the opponents are forced to make constant decisions and reassess their defensive strategies When the opposition have the ball, Gomez & Illicic will not tend to track back & rather occupy the half-spaces, waiting for the ball to be win by the Atalanta mid and defence, entering into an attacking 5 transition.

The wingbacks can drop to form a 5 at the back, the 3 mids move up to occupy the spaces in the middle. Atalanta can be caught off their guard when their wingbacks are higher up the pitch and out of position. Something which Gasperini accepts knowing it’s a price to pay for attacking football.

Former Genoa midefielder & current Verona coach, Ivan Juric believes Gasperini is now getting the recognition he deserves. The former assistant to Gasperini believes everyone else is now trying to take few points off his notes from the manager’s style after what he has done at Atalanta. As Juric says many teams in Germany are trying to replicate the same & it is a new development in football after the ‘tiki-taka’, he may only be behind Klopp & Guardiola.

We wish good luck to Atalanta & Gasperini, may they continue to play their attractive style of football and keep us entertained, removing the stereotype, that Italians club do not play attacking football.

previousThe role of Bobby; is he fit to be Liverpool’s #9?
nextBrentford vs Fulham: Promotion means Money!