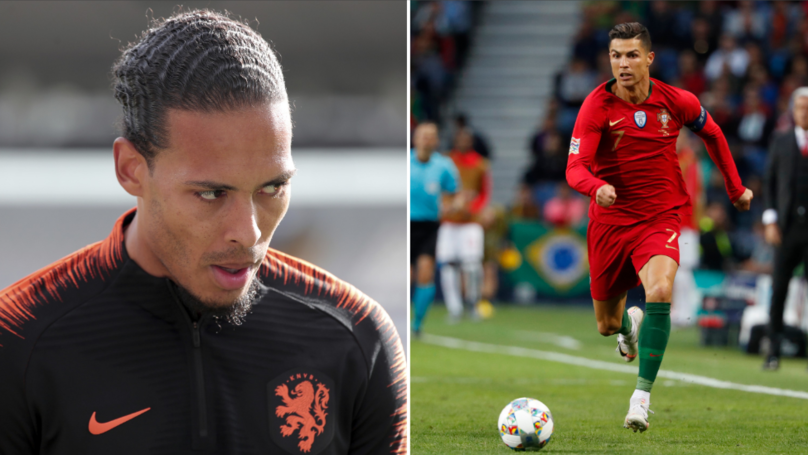 England suffered a 3-1 defeat against the Netherlands in the UEFA Nation’s League semi-final in Guimares, Portugal on Thursday (6th June), after a defensive horror show during extra time.

England went a goal ahead through a Marcus Rashford penalty after being fouled by Matthijs De Ligt. The Dutch defender later made amends, taking advantage of poor man marking to equalize with a powerful header 17 minutes before the end of play.

The English fans thought the side had secured victor after Jesse Lingard’s late strike gave them the 2nd goal but VAR disallowed the goal due to an offside. During the extra time play after the 90 minutes, John Stones was caught in possession by Memphis Depay, forcing a save from Jordan Pickford, only for the ball to go in England’s net by Kyle Walker for an own goal who was under challenge by Quincy Promes. Another poor pass from Stones to Ross Barkley, who was caught in possession, was put in the back of the net by Promes from a Depay pass for a third goal for the Dutch.

Meanwhile, the earlier semi-final played on Wednesday (5th June) saw Portugal securing a 3-1 win over Switzerland in Porto, sending the home fans jubilant with joy, as Cristiano Ronaldo grabbed the headlines with a wonderful hat-trick, 53rd for his country, at the age of 34.

Both teams have done a wonderful job so far in the newly introduced tournament, with the Netherlands, in phase of resurgence after missing out on the last few major UEFA & FIFA Tournaments, are a much improved side than before, with Ronald Koeman taking over. A mix of youth and experience along with talent has helped the Dutch secured a spot in the final since the World Cup 2010 in South Africa.

Once again, both teams have a set of brilliant talent in their squads, the Dutch have the likes of Frenkie De Jong, Quincy Promes & Matthijs De Ligt, whereas Portugal have Bernardo Silva, Ruben Neves & Joao Felix, but there is one competition we cannot miss out on and eagerly await, is between Cristiano Ronaldo & Virgil Van Dijk. The Dutch defender, coming from a successful season with club, Liverpool, after winning the Champions League (last Saturday i.e. 1st June), has not been dribbled past since 64 games. It would be interesting to see how Cristiano Ronaldo fares against him in Sunday’s final.

Van Dijk is one of the favorites to win the Ballon D’or, and could possibly beat the likes of Lionel Messi. He was also named the Premier League Player of the year for 2019/20 season. However, if Van Dijk is considered to be the best defender in the game at the moment, Cristiano Ronaldo is definitely one of the greatest players to play the sport. His mesmerizing display against the Swiss showed he is a ‘one man army’. Not to forget, Portugal has done very well without him, it was only his first game of the tournament, but managed to grab the headlines and outshine his team mates.

Van Dijk is also aware of upcoming superstar, Joao Felix, who had a wonderful season with Benfica. The teenager has set the buzz and many consider big money move for the Portuguese very soon, to a bigger club outside Portugal. Felix is considered the next best talent since Cristiano Ronaldo himself, and will start alongside him in the final on Sunday against Netherlands.

On the other hand, the Dutch will be looking for creativity from new Barcelona signing, Frenkie De Jong, who was named man of the match against England. Van Dijk will have a helping hand from De Ligt in defense, with the Ajax player also in demand from many clubs in England & Spain. Leading the Dutch attack will be man-in-form, Memphis Depay, who seemed to have found his feet after good displays in performances for Marseille in the French League, rumored to be linked back to a move to the Premier League after 2 poor seasons with Manchester United, when he transferred from PSV, back in 2015.

There is no shortage of talent in both squad, but the ones making headlines and to watch out for are Ronaldo & Van Dijk, both have had a successful season with their respective clubs, and are now looking to do the same in the upcoming Nation’s League final on Sunday.