No Euro party for Haaland & Odegaard: Norway fails to qualify 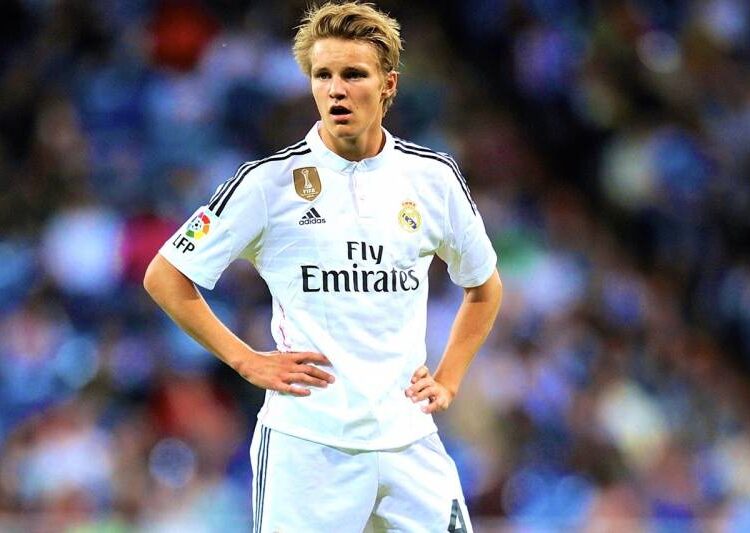 We’ve been keeping a keen eye with great interest on Norwegian football for the past couple of years now. Yes, really, it started back in 2014, when the sports media was buzzing with the rise of a then 14-15 year old, Martin Odegaard from Drammen, Norway; dubbed the best talent in Norwegian football- a one for the future.  It was no surprise many clubs started circling around the kid like sharks: Ajax, Bayern, Barcelona, Liverpool & Real Madrid were rumored to be interested, and the talented midfielder, joined the latter club, where he is currently playing his club football in Spain.

Similarly, last season after the UEFA Champions League tie between tournament debutants and Austrian champions, RB Salzburg versus Genk, saw another name emerge in a 6-2 win- Erling Braut Haaland, who was also a wanted striker by many due to his prolific goal scoring record and all round attacking abilities. Haaland currently plays his football in Germany with Borussia Dortmund.

Both players mentioned are young, in their early 20s, yet to reach their peak but have already shown very promising signs. They will definitely have a big hand in the future for their club success as well as the national team. Now here comes the sad part: Norway failed to qualify for the upcoming Euros after losing 2-1 to Serbia-, which means we will not see the talented duo represent their nation in the prestigious international tournament. Norwegian fans must be licking their lips in excitement with the names they have in their national team, who have not featured in any major international tournament since Euro 2000.

The positives are that Haaland & Odegaard are still very young and relying on them is injustice because no one wants to exert too much pressure on young players. In the mid-2000s, Norway had talents coming out such as John Arne Riise, John Carew, Per Ciljan Skjelbred, Markus Henriksen & Morten Gamst Pedersen, yet they fell short and were never even close to qualifying. However, this time the Norwegian duo has promise, potential, intent and passion to surpass their predecessors, more importantly, the attitude. We do not want to investigate and throw blind arrows on how social media has changed the mindset of the modern day youngster but it definitely has made things easier. These players can watch their idols anytime, observe and learn continuously from the best from diet, fitness to on field skills.

After the setback against Serbia, Norway returned to winning ways against Romania in the Nations League, as Haaland grabbed a hat trick, becoming the first player since Ronaldo in June 2019, was also full of praise for midfielder, Odegaard. He acknowledged that both plan to improve with passage of time and are still young in an interview after the triumph. Coach, Lars Lagerback was also full of praise for the duo and impressed with Haaland, he understands the striker is young but way ahead in terms of performances for his age, yet he does not want to compare him with anyone else right now.

Despite the age, the 2 are upcoming superstars of the game and many fans are left disappointed they will not see them on the big stage. This is possibly a golden generation of Norwegian football, but they were against an experienced and talented Serbian team, who also played the 2018 FIFA World Cup, shows the Balkan team was not going to be a walk in the park for the home side in a ‘do-or-die’ match at the Ulevaal Stadium, Oslo. Lagerback was the man behind the memorable Icelandic performance in Euro 2016, many believe he is the right coach at this stage to take Norway forward but some fans were not happy that the national team included Haitam Aleesami, who is a free agent without a club, makes them feel the team should field more club regulars.

Only time will tell if Norway can sort out their areas of improvement and head to the 2022 FIFA World Cup in Qatar as underdogs ready to cause shocks, upsets and surprises with more matured and experienced Odegaard, Haaland, Sander Berg, Sorloth, Ajer & Jens Petter Hague. Do watch out for these names in the next couple of years to shine for their respective clubs and national team.

previousJerry Quy- The man behind the costume
nextDiego Maradona: What he meant for the world