Dominik Szoboszlai- Putting Hungary back on the football map 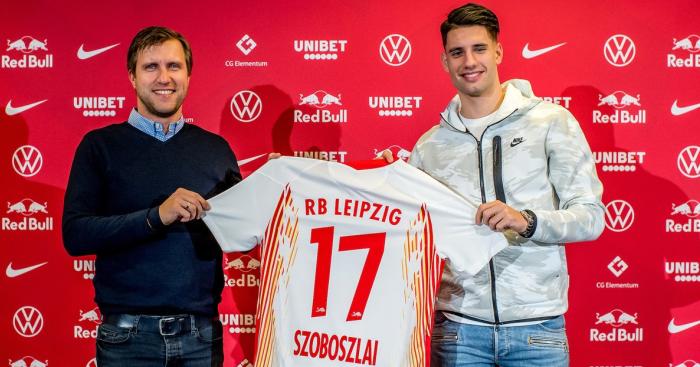 One of Europe’s most promising talent, Dominik Szoboszlai has come up through the ranks of the Red Bull network; recently the young Hungarian has agreed to join RB Leipzig, a sister side of RB Salzburg. The 20 year old has attracted many scouts linking him to the likes of Liverpool, Arsenal, Real Madrid & AC Milan, and the reports considered him as a promising talent in Europe.

Hungarian football has a rich history, but a dying one in recent times. Many have heard the name of legendary, Ferenc Puskas, the best player of the 50s- a Real Madrid legend & the best goal of the year awards are also named in his honor, ‘The Puskas Award.’ The east European nation was once part of the strong ‘Austro-Hungarian’ empire until the world wars but a lot has changed in terms of economy and football along with it. The Capital, Budapest, is host to one of the finest historical sites and architecture, Danube River & thermal springs, Hungarian football fans hope the country will also become a force in the global game like they were half a century ago.

Europe is no stranger to the likes of Balazs Dzsudzsak, Zoltan Gera, Pal Dardai & Gabor Kiraly (who can forget those track suit pants), who have played in the top leagues of Europe for their respective clubs, but none could go on to become the ‘next big thing’ in Hungarian football. However, Gera came a bit close in gaining publicity for scoring against Manchester United while playing for West Bromwich Albion in the Premier League, he was a key figure in helping the Baggies stay up against relegation & famously featuring in a Pepsi ad- surfing alongside famous super stars such as Roberto Carlos, David Beckham & Fernando Torres, he was the poster boy of Hungarian football in 2006.

Recently, Hungarian football had a much-needed boost, after the country qualified for their first major tournament in a long time, when they featured in Euro 2016, alongside the likes of Portugal, Iceland & neighboring rivals, Austria. The team had a successful campaign, coming with a draw against Portugal & a surprise win over dark horses, Austria, qualifying to the next round, only to lose against tournaments favorites Belgium. The Hungarian fans made the most of the occasion and lived a dream, watching their country feature a major tournament, getting hopes from likes of Adam Szalai & Adam Nagy, who attracted offers from several European clubs.

Now, many are touting Szoboszlai as the man to take Hungarian football forward, in transition towards becoming a decent team at least. Recently, in the ongoing Champions League 20/21 campaign, Szoboszlai scored 2 goals from 6 appearances & 4 from 10 in the Austrian League, with addition of 6 assists. Since 2018, after breaking through to the first team from Salzburg’s academy, the young Hungarian playmaker has amassed 25 goals, 33 assists from 80 odd caps. Impressive for a 20-year old, but many may argue the league does not provide much challenges with all due respect, which is why a talent like Szoboszlai was expected to pack his bags and look for challenges elsewhere.

There is no doubt on the quality of talent that have come from the Red Bull Salzburg academy ranks: Haaland, Minamino, Keita, Mane, Sabitzer & now add Szoboszlai to the list. Most of the players with an exception of few, follow the path of joining the sister club in the Bundesliga (RB Leipzig), Szoboszlai has opted for the common on as well. With his numbers, he would be an ideal player for Arteta’s Arsenal, who are missing a ‘Number 10’, providing goals and creativity in the center- just behind the striker.

The youngster is already a hero in his country after scoring the stoppage-time winner against Iceland in November to qualify for the upcoming Euros next summer in the playoff qualifiers, which means Hungary, will take part in their second consecutive Euros (previously 2016). Hungary will also be hoping the playmaker can develop his game further and help the national side qualify for a long awaited return back to the World Cup, which they have not contested in since Mexico 1986.

Hungary has many problems apart from lack of superstar talent; there are many articles on the corruption in the local league, politics & domestic issues. We realize one single player is not often enough to start a meteoric rise and change the entire landscape but then again, whether or not Szoboszlai achieves that for Hungary during his playing career, he can inspire the next generation, becoming the long awaited savior & new hero of Hungarian football.