Not so super now: Deportivo La Coruna- lost in the shadows 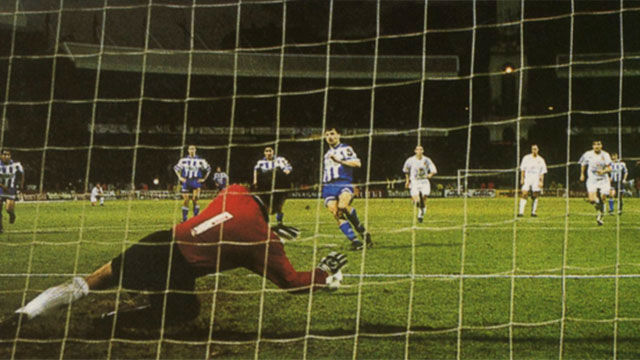 Two decades ago, the club from North-West of Spain, shocked the world by clinching their maiden La Liga title in 2000. Fast forward to the present, they were battling relegation to avoid a drop to the third tier of Spanish League. The supporters can’t believe the current scenario of their beloved club, it is a nightmare they wish to wake up from but the problem is, this is the harsh reality.

The club is no stranger to live the thrill and surprise the fans. On the final day of the 93/94 campaign, Deportivo simply needed a win against Valencia to clinch the title away from Barcelona. Despite being awarded a penalty in the final minute, Miroslav Dukic stepped forward, to be the hero for the night and sent the club and its fans into frenzy. However, the effort was saved by the Valencia keeper, gifting the title to Barcelona and breaking the hearts of the fans. A classic example of ‘so near but yet so far’ on that forgettable night at the Estadio Riazor.

They were known as ‘Super Depor’ throughout the 90s and early 2000s, the club had their moments, and they did it on the big stage. They beat Real Madrid in the Spanish cup final in the 01/02 season at Santiago Bernabeu on the club’s 100th anniversary & the 100th final of the tournament, stole Los Galacticos’ birthday gift on the historic night.

Right after the maiden title win, the decline gradually came. Deportivo finished 2nd and 3rd for the next 4 years later, qualifying and playing in the Champions League. So the club and fans were happy, at least they were part of the biggest club competition on regular basis. In 2003/04 season, Deportivo did the unthinkable, coming down from 4-1 away loss to AC Milan at San Siro, won the second leg at home 4-0 to eliminate the Italian giants in the quarter finals. They reached the semi-finals, losing out to eventual tournament winners, Porto, on a 1-0 aggregate result, courtesy of a penalty awarded to the Portuguese club. This seemed for many at the time, the best chance for the club to go all the way in the tournament.

Fans would be optimistic and would have felt: “Next year we’ll be back stronger”, right? Unfortunately, that was the last we would see of the ‘Super Depor’ era. The club fell to 8th spot in the following 04/05 season. The tactics of Javier Irureta were becoming outdated or could be seen through by the opponents & the club were not active in the transfer market, after their top players left. The club which boasted names such as Tristan, Valeron, Rivaldo, Bebeto & Makaay as its alumnis were heading to a pitfall. 7 years after their Champions League dream run, the club exited the Spanish top flight and were relegated. A loss to Valencia in 2011, the fans and players were in despair. The duo of Manuel Pablo & Valeron were as lost as like they were after that loss to Porto in 2004 on that dark day of 2011. The duo was the aging reminder of the long gone days of ‘Super Depor’, now vanishing in the shadows.

This was not the first time the club was going to play in the Segunda division. They had been relegated in 1973 and returned back to Spanish top flight in 1991 but took the league over by storm, a club looking to challenge the likes to the usual title winners and favorites, Real Madrid & Barcelona. They announced their arrival on the big stage with a Spanish cup win & a 5-1 Super Cup win against Real Madrid.

Iretura’s Deportivo had a good midfield and prioritized the control in the middle of the pitch. The coach had previously managed the club’s city rivals, Celta Vigo and worked with players such as Mostovoi, Karpin & Salgado. Deportivo’s board did not have a board which dictated transfer, instead offer the freedom to the manager and let him have a say. They played a 4-2-3-1 formation, the team was definitely built around a double pivot, consisting of a solid midfield base. Mauro Silva, Sergio Gonzales Emerson, Djalminha and Also Duscher have been an integral part of Deportivo’s success under Iretura. Deportivo also consisted a list of flair in the attack, who were creative and flourished.

Deportivo fans can tell you they beat clubs such as Juventus, Milan & Manchester United, which is why the continent took notice of their abilities and were seen as a threat. This was soon to be a matter of the past later on. In 2009, the club admitted they did not sell players when they could and should have for the right amount, instead were under the illusion of winning more titles. After Deportivo’s title win, Real & Barcelona buffed up their attack, Deportivo was not in the financial position to compete regularly with the ever changing demands of modern football, money played a role. The club tried to switch to a ‘youth development’ system and inject new blood to the club in 2005, but it failed.

The club is seen as a ‘yo-yo’ club, someone who gets promoted only to be relegated soon again. Deportivo has elevated its position back in the league, only go to back to the Segunda division. They finished 18th to be relegated in 2017/18 season. The club lost a playoff to Mallorca in 2018/19, after ending up 6th in the second division. It is not the first or the last time we witness a top club going in shambles after achieving success, on the other hand it does not conclude that the clubs are destined to remain in the dark, but this is a period of rebuilding, where a strong board is needed with a visionary President and Manager, who can plan ahead and implement according to the needs of the club and modern day ever changing football environment.