A star in the making: Winger Safawi Rasid attracting bids from Japan & Korea 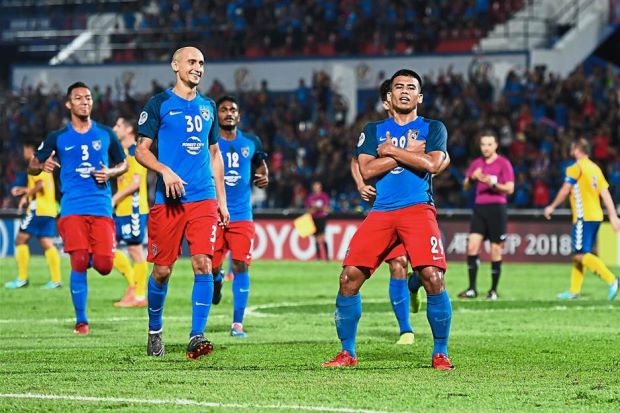 The Malaysian Super League is every growing and represents the strong love for the game in the country for the fans. The year saw JDT take part in the AFC Champions League, contesting against Kashima Antlers, Gyeongnam FC & Shandong Luneng, it was no easy task for the Malaysian club to progress to the next round. However, there were a few positives at the end, when JDT managed to secure a surprise win over reigning champions, Kashima Antlers of Japan.

The news does not end here, Johor Darul Ta’azim winger, Safawi Rasid is reported to attract interest from clubs in Japan & South Korea. Although no name has been put forward but this is sign of progress for the sports in the country. If the winger is to leave JDT, fans might be sad to let the talent go, who has been impressing scouts with his potential and dazzling performances. Moreover, in a larger picture, it might lead way for many others to soon follow and play around competitive leagues in Asia.

Clubs in Japan & Korea have been impressive with Rasid’s performances in the MSL (Malaysian Super League), AFC Champions League & Asian Games. Still at the tender age of 22, Rasid has a long way to go and progress, before he can unleash his true potential but the question still remains will JDT let go of their star? There is no doubt, JDT are one of the best clubs in Asia, and continue their dominance in the MSL. Noticeably, Safawi also scored 2 goals against South Korea at the Asian Games, impressing scouts and fans alike.

The winger was named the most valuable player last year in the league. Therefore the rumors have been circulating for well over a year now, but would be the best time for Safawi Rasid to secure it. JDT certainly have an asset in their squad, who can help them go a long way. The talented winger is definitely a star to watch out and keep an eye for. Only time will tell about his fate, but the fans will hope that performances keep on coming for both Club (JDT) & Country (Malaysian National Team), until there is any decision regarding his future.